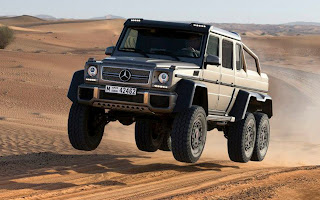 Straight up, this car is politically incorrect. Its too huge; too massive. But, you still want one. Perfect for scaring the daylights out of other cars on the roads, this brute is being to put into production by Merc, after the positive feedback that it received from critics and enthusiasts alike.
But, as Merc wants this to be very exclusive a car, it will limit sales to just about 30 a year, at around $ 545000 piece. 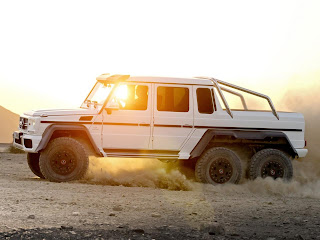 Powered by the same twin turbo charged 5.5 litre V8 536bhp from the G63 AMG 4x4, the beast rushes to 62 mph in less than 6 seconds, which is even more impressive when you realise that it weighs a massive 3.85 tons and is driven by all the 6 wheels.

Talking about dimensions, the juggernaut is 19 ft in length, rides on 37 inch tires and the cabin is so high, you'd probably need a ladder. Mercedes claims that its got "all the ability of a mountain goat" and also that fording a river is almost "a child's play". 'nuff said. 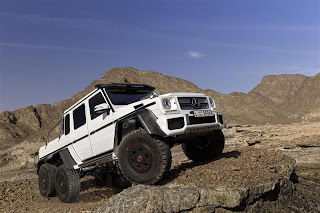 Merc intends to sell a chunk of the production of the 6x6 in the middle east, which is the perfect playground for the 6x6. It offers comfort levels comparable to the Range Rover too. 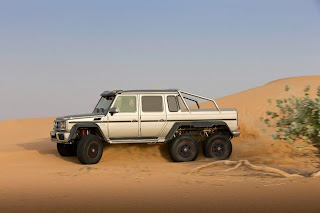 While the G63 AMG 4x4 already gave other established offroaders a run for their money, this one cleanly dismantles their challenges. The good old defender can do nothing about it. The Hummer you say? Very little.... Hell, it looks set to even beat a military grade tank, this 19 ft of awesomeness. So, is this the beg-borrow-or-steal  toy you so badly desire? 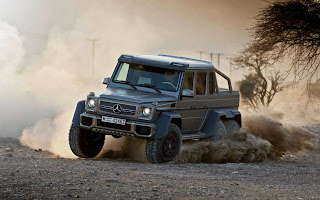 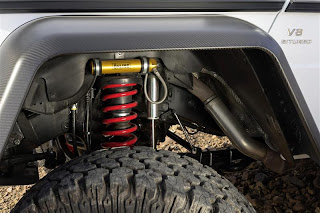 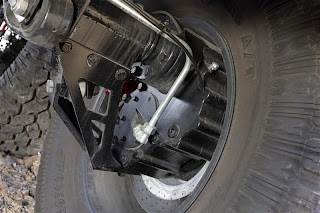 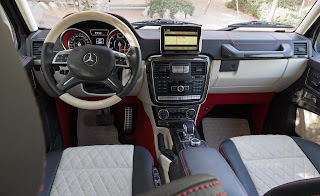 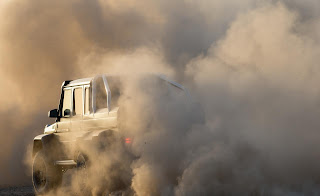 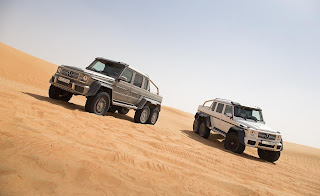