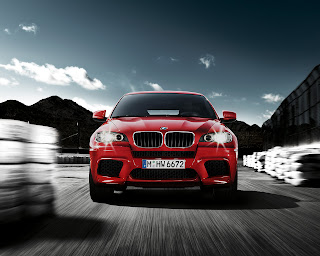 Take a giant SUV, plonk in a monstrous engine, lower the ride height, add some snazzy wheels and body parts, and voila, you'd end up with something quite similar to this. 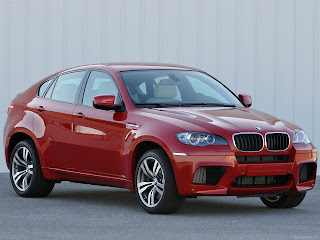 The BMW X6M, then, is a monster of a car. It performs like it was mean't to put established super cars to shame and it looks the part too. Though some may find it overly aggressive and without a beautiful shape even, but this SUV-coupe thing is just awesome. Its the perfect vehicle for the high school bullies, though if you are a corporate honcho, well, take the 7-series instead. 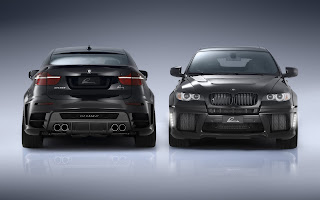 The engine, it shares with the BMW M6 and M5, which themselves are regarded as one of the best practical alternatives to full-on supercars. It sets benchmark performances, par with even the Flying Spurs and the Subarus. 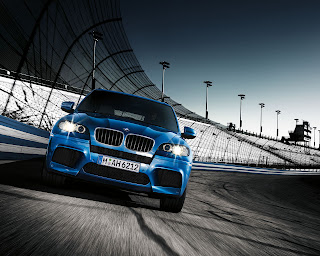 BMW's first SUV to be souped up by M-Power goodies, it throws a good enough challenge to the reigning king of the super-SUVs, the Porsche Cayenne. 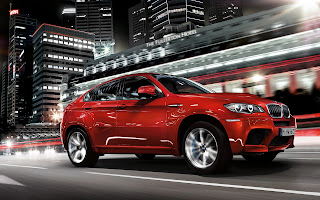 The BMW X6 M and X5 M are the first vehicles from BMW M GmbH to have xDrive all-wheel-drive system and automatic transmissions, and are also crossovers as opposed to passenger cars. The X6 M was unveiled at the 2009 New York Auto Show and first went on sale in the 2010 model year.

Engine
The engine utilizes BMW’s M TwinPower and patented exhaust manifold technologies to increase thrust and pulling force, while preserving the most compact dimensions possible. Two low-mass twin-scroll turbochargers are positioned together with the catalytic converters in V section between the two banks of cylinders. By reversing the flow of gases through the engine from traditional arrangements, the intake and exhaust ducts are shortened and widened. The result is that pressure losses on the exhaust side are minimized. 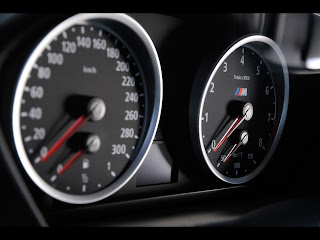 The goals were to virtually eliminate turbocharger lag while maximizing combustion efficiency and power output. The new M V8 engine with twin-scroll twin turbo technology uses a single exhaust manifold with tuned-length runners, incorporating both cylinder banks and connecting cylinders in carefully selected pairs. This configuration, patented by BMW M and known as Cylinder-bank Comprehensive Manifold (CCM), offers quick response, a linear build-up of engine power, and a broad, consistent torque curve by feeding each of the twin turbochargers with a “charge pulse” at approximately every 90 degrees of crankshaft rotation, rather than the more traditional “irregular schedule” of charging. 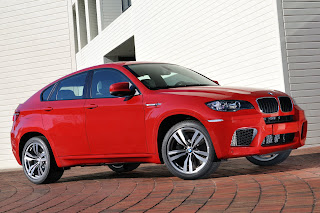 Coupled with special suspension specifically optimized for M that features Adaptive Drive and the newly developed M Servotronic power steering, the performance Sport Activity Vehicle promises very competent handling. Other high-tech features include launch control for maximum acceleration and a six speed M Sport automatic transmission optimized for performance. Drivers can manually select gears using either paddles or an electronic gear selector lever. Electronically controlled, variable power distribution to the front and rear axle prevents even the slightest tendency to over- or understeer right from the start, before DSC Dynamic Stability Control is even required to cut in. BMW is referring to the new 4.4-liter motor as its “M TwinPower Turbo” unit. 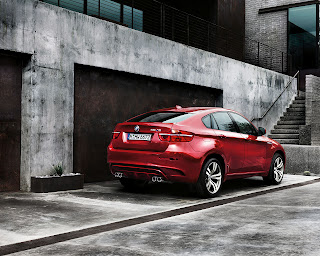 The name reflects the fact that the motor features Twin Scroll Twin Turbo Technology and a common exhaust manifold encompassing both rows of cylinders. Although traction control is standard, the M Dynamic Mode (MDM) greatly optimises the aggressiveness of the system. The MDM setting allows the driver to enter a controlled drift and push the vehicle’s handling to the limit. There is also a DSC-Off Mode. 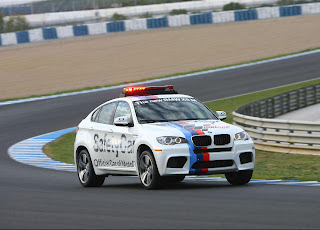